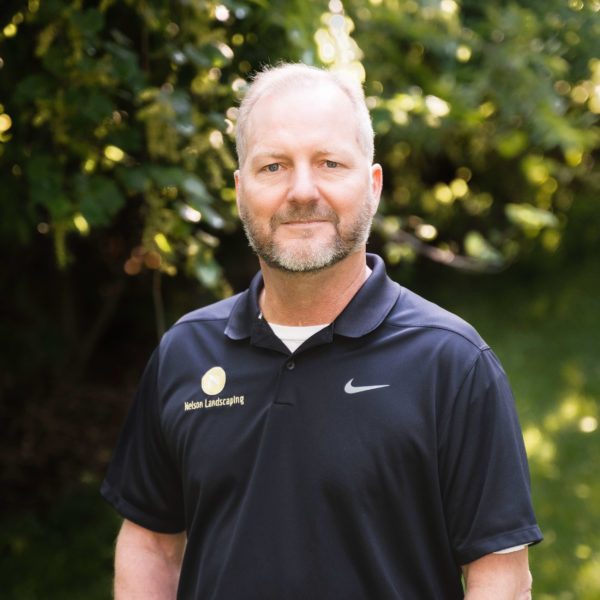 Matt graduated from Texas A&M with degrees in Agronomy and Horticulture in 1992. He then served in many roles within the Green Industry including: crew member, foreman, business owner, landscape and irrigation design, ISA certified arborist, and golf course management. In the years prior to joining Nelson Landscaping in 2022, Matt played a pivotal role in developing and maintaining many of OKC’s most iconic landscapes

As a Project Manager at Nelson Landscaping, Matt enjoys directing his talented crews to deliver what the designer and salesman promised to the customer. He loves seeing a job well done and expectations exceeded!

A little-known fact about Matt is that in 1985 he led the state in fumble recoveries (which about half were his own). He also helped set a state record in 1987 for playing 204 holes of golf (11.3 rounds in a foursome) in one day to raise over $4,000 for muscular dystrophy!

When he’s not at work, he enjoys traveling the open road with his family and working in his organic vegetable garden.